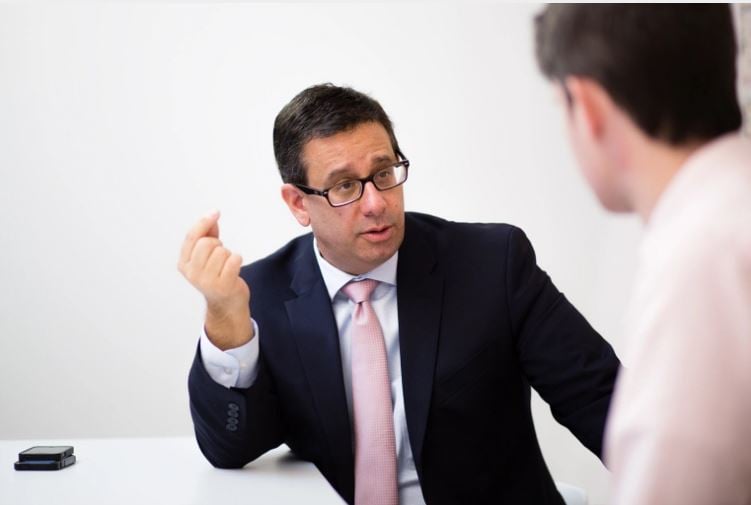 In late 2013, when Marc Weissbach heard that Commissioner Robert LiMandri was leaving the New York City Department of Buildings (D.O.B.), he pounced.

“First of all, [try finding] a commissioner who was in the Department of Buildings for several years and left on their own terms,” Weissbach, the president and chief executive officer of architecture and engineering consulting firm Vidaris, told Commercial Observer. “He’s very well regarded in the industry.”

LiMandri was brought on as a senior principal of Vidaris as a one-man division with the mission to build a consulting group that focused on building codes and zoning—basically his bread and butter. The firm has traditionally focused on advising on exterior enclosures and energy efficiency with a focus on green construction. The goal was to tie the longtime bureaucrat’s practice into the company’s existing operations.

But in the two years since he started, LiMandri, 51, is no longer flying solo at Vidaris; his division now consists of six people who work with landlords big and small on projects running the gamut from small conversions to big ground-up developments.

“When I left, I realized there was an opportunity,” LiMandri, who served during the last five years of Michael Bloomberg’s tenure at City Hall, said last week at Vidaris’ Park Avenue South offices. “There’s lots of regulations that a developer needs to comply with, and it can get onerous. And for architects and engineers to keep up with the standards in the way that agencies interpret them is difficult.”

LiMandri specializes in anticipating what problems might arise with a plan and then helping developers get approvals from the city. Along with figuring out what issues could pop up along the development process and forming a strategy, LiMandri and his team deal with getting permits expedited, certificates approved and inspectors to visit sites.

Consultants at Vidaris are not lobbyists but architects and engineers, LiMandri said, who work with the D.O.B. to get a project to “yes.” To maintain a degree of independence the team only consults with landlords and not with designers or contractors, he said. (That’s necessary because it would be unfair to recommend a specific architect to one land - lord, while Vidaris is also consulting with that designer on another project.

But we can certainly understand why LiMandri would be more in demand than the average consultant: He’s acquainted with the obscure zoning rules that dictate what can be built where and how big it can be that even great students of the code can miss. On top of that, he knows the flood regulations in wake of Superstorm Sandy in 2012 that require new buildings or dramatically renovated properties to be at a certain level in some areas to qualify for federal flood insurance.

LiMandri’s team is brought in when “there is already a team available that’s working on the project and they still are looking for some advice,” he said. “What makes us different is we can point to the commentary of the code. We can create a plausible argument as to why the decision has to be made a particular way. We’re in between a guy who sort of knows what the city normally accepts and paying a high-priced lawyer for lots of lawyering discussion.”

Weissbach, the Vidaris CEO, said the expediting business in New York City is potentially one that could generate $220 million per year. There are a few players in the market, he added, but his firm has an edge with the ex-D.O.B. chief.

“We often hear from our clients that they have a code consultant or an expediter, but those folks are really just shepherding a process rather than solving complicated code or zoning needs,” said Weissbach, who has known LiMandri since 2011. “Combining that with our deep technical expertise allows us to really collaborate with Bob and his team to deliver our clients real solutions. Not just process paperwork but a real solution to their code and zoning challenges.”

LiMandri has already built up quite the clientele for his division since starting at firm two and a half years ago. Those include Rudin Management Company, Triple Star Realty and the Dumbo, Brooklyn-based Two Trees Management Company.

“When it comes to ensuring that buildings perform to 21st century standards, Bob is the smartest guy in the room,” Dave Lombino, the director of special projects for Two Trees, said in a statement. “He and his team are bringing a new strategic approach to construction and design, which is something the industry sorely needs.”

Another intriguing project includes working with the New Jersey-based Matrix Development Group on its development at a 200-acre vacant site on the western shore of Staten Island. Once slated to become a NASCAR racetrack and then possibly the home of Brooklyn Brewery’s drafting activities, Matrix is now building a distribution center for its logistical and delivery work throughout Queens and Brooklyn. The company’s plan is to put up two buildings for a combined 1.4 million square feet of warehouse space, as the Staten Island Advance reported in February.

“We understand everything from the politics of the things to the codes and the zoning,” he said.

A native of Nassau County, N.Y., LiMandri worked in property management and facilities at Columbia University and JLL before landing in the Bloomberg administration in 2002. When he became commissioner in October 2008, the married father of two sons moved the family within the five boroughs from Westchester County, N.Y.— opting for Bayside in northeast Queens. (He now lives out on Long Island. His two sons—one in college and the other in high school—are both active baseball players, and LiMandri is a devout New York Yankees fan.)

His work as commissioner immediately had to focus on safety procedures in a market at the tail end of a major real estate boom. In March 2008, a crane collapsed at a construction site near Second Avenue and East 51st Street, killing four people. Two months later, another crane came crashing down at First Avenue and East 91st Street. The accident killed two construction workers.

Both incidents, while caused by different things, put the spotlight on regulating the heavy machines that dangle high above the streets, susceptible to strong winds. The March collapse was caused by an operational failure by the crew raising the crane; the May accident was from a structural defect. LiMandri said he worked to outlaw outdated cranes and make some common sense safety features actual law.

“There are still ideas that we have proposed that have not been adopted,” LiMandri said.

One of those yet-to-be-adopted concepts include a black box in cranes, which would monitor the operational activities—like in an airplane—something not all of the cranes currently possess. LiMandri also oversaw reports on safety and began discussions on the issue with industry experts, talks that have been ongoing for quite some time, said incumbent D.O.B. Commissioner Rick Chandler.

Chandler sought out his predecessor after Mayor Bill de Blasio appointed him to succeed LiMandri at the D.O.B. While the two had interacted a few times in the early 2000s when Chandler was at the department, they didn’t know each other all that well. Regardless, he prepped Chandler for the heavily lift that is overseeing the agency.

“In general terms, it was about being prepared for the challenges, because it really is a challenge from many different aspects,” Chandler said of their discussions. “At this job you are held accountable for streamlining the process as much as possible, while also holding a very strong enforcement stance against those people who choose to stray against the rules—particularly when it comes to safety.”

That two-pronged approach—enforcement and a streamlined system—have helped redefine the agency, Chandler said.

“He divided our agency from a management perspective into a development side and an enforcement side,” Chandler said. “We know that we have to have emphasis on each one of those areas. Bob laid that foundation, and it’s something that we’ve built on.”

In 2011, LiMandri oversaw the D.O.B.’s launch of The Hub, a system that allowed for some building plans to be filed electronically. The D.O.B. last week unveiled a $30 million plan dubbed DOBNOW that will virtually make the process entirely paperless. The program will effectively replace the Hub, but Chandler credits his predecessor with getting the process going.

LiMandri, the ex-commissioner and now an outsider looking in, supports the new program to streamline the filing process.

“The city is growing at a tremendous pace,” he said. “It will take several years for it to roll out. But, I think that it’s good for the city, and it’s great that Rick and the administration have done that.”