Jason Hart Named a Young Professional of the Year 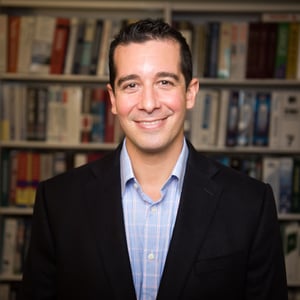 Vidaris' General Counsel, Jason Hart, Esq., was recently named one of Building Design + Construction's 40 Under 40 in their inaugural awards program! This award is bestowed on 40 building industry professionals aged 40 and under that make a significant impact on the industry through their leadership and accomplishments. Named the “Dispute Resolver," Jason has been a trailblazer for the past 11 years in the AEC industry, as a project manager, construction attorney, and now a general counselor, continuing to make significant contributions to the building community, as well as in other areas of his professional and personal life. You can find Jason's winning profile, as well as the full 40 Under 40 list here.

Jason joined Vidaris in September 2015 as our first in-house attorney. In his role as General Counsel, among other things, he oversees all aspects of Vidaris' legal function including dispute avoidance, enterprise risk management, dispute resolution, transactional-related legal activities and all legal support for global operations. Jason is also working with our team to develop our litigation support business group to further service our valued client base.  Outside the office, he is on the construction committee for World Cares Center, a disaster recovery nonprofit organization and a founding board member for Stupid Cancer (formerly Steps for Living).