As we close out the year we decided to take a moment and reflect on some of the major moments in Commerical Real Estate and the A/E/C industry. 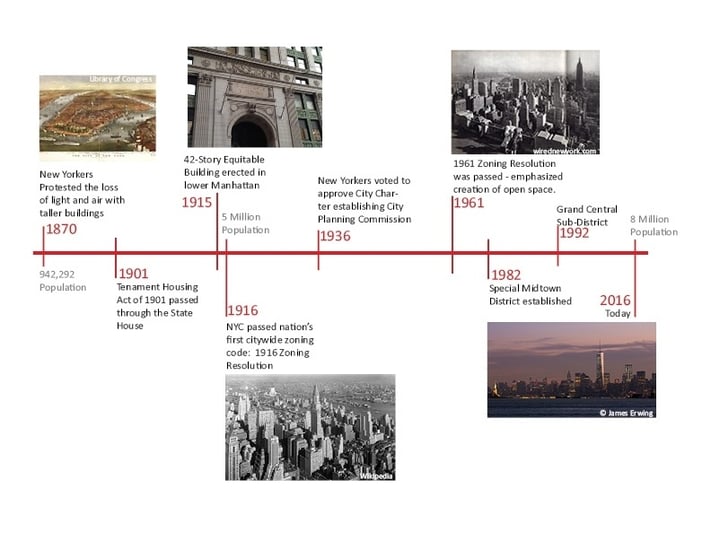 As the Equitable Building went up at 120 Broadway in 1915 and cast a seven-acre shadow, New Yorkers worried that others would follow and it was determined that there needed to be controls set into place[1]. One year later, in 1916, New York City established the country’s first Zoning Resolution.

This resolution established height and set back controls and designated residential districts. It created the iconic, slender towers that epitomize the city’s business districts in addition to the three-to-six-story residential buildings. In 1961 the Zoning Resolution dramatically changed reducing residential densities, incorporated parking requirements and emphasized the use of open space.

Today, 40% of the buildings in Manhattan could not be built according to a New York Times article[2]. When looking at today's neighborhoods, it told that those of Chelsea, Midtown and East Harlem would be unchanged, while areas including Chinatown, Upper East Side, and Washington Heights would look very different. The research was conducted by Stephen Smith and Sandip Trivedi who run Quantierra; they evaluated public records on more than 43,000 buildings.

99 Hudson, soon (expected 2018) to be New Jersey's tallest tower (and likely tallest residential building in U.S.) broke ground in January. The building is expected to reach 79 stories with 781 residential units. Check out more on the groundbreaking by YIMBY.

As of November 1st, LEED v4 took full effect. All new projects will need to meet LEED v4 requirements unless they registered before the October 31st, 2016 deadline. Check out the USGBC website for more information. 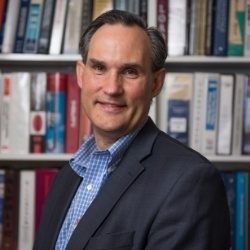 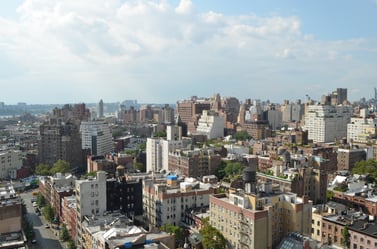 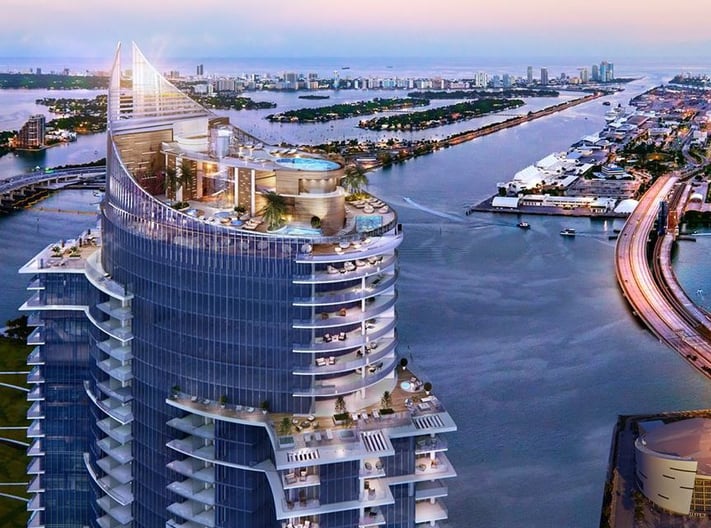 As of October 28th, according to Multi-Housing News:

"The concrete foundation has been completed for Paramount Miami Worldcenter, the $500 million, 700-foot-tall, 60-story signature residential skyscraper that is one of the jewels of Miami Worldcenter.

The largest building project in the history of Florida, Miami Worldcenter is America’s second-biggest urban development. The master-planned community will be a major retail, residential, dining, entertainment, hotel, convention center and transportation complex." 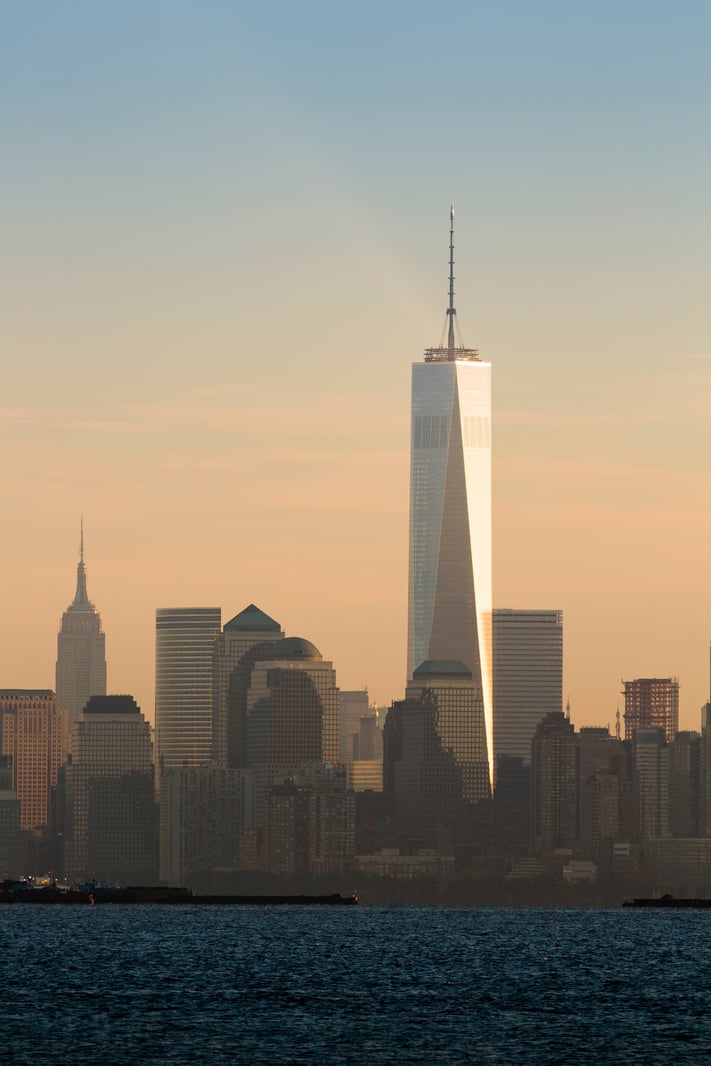 One World Trade Center becomes the tallest LEED Building in the Western Hemisphere. The U.S. Green Building Council (USGBC) awarded the building LEED Gold Core and Shell (CS) certification based on the use of new technologies to maximize water and energy efficency, minimize waste and pollution, and reduce the impact of development. You can read more on Skidmore, Owings and Merrill's (SOM) website here.

The long-awaited Midtown East proposal would allow the tallest buildings to be erected right next to Grand Central Terminal, increasing the current permitted maximum density by about 30%. Read more about the proposed site on Crain's or Curbed.

"We need to ensure that east midtown continues to lead as a premier business district—and that means delivering better mass transit, pedestrian areas that are safe and welcoming, and high quality commercial space," City Councilman Daniel Garodnick said in a statement. "I look forward to working with the administration to achieve those goals in this plan."

The image to the right shows the proposed rezoning area marked by the black, and the blue is the approved rezoned Vanderbilt Corridor.

One Vanderbilt, part of the Vanderbilt Corridor Rezoning approved in 2015, broke ground this October. It will stand at 1,041 ft tall, entering into the supertall category. 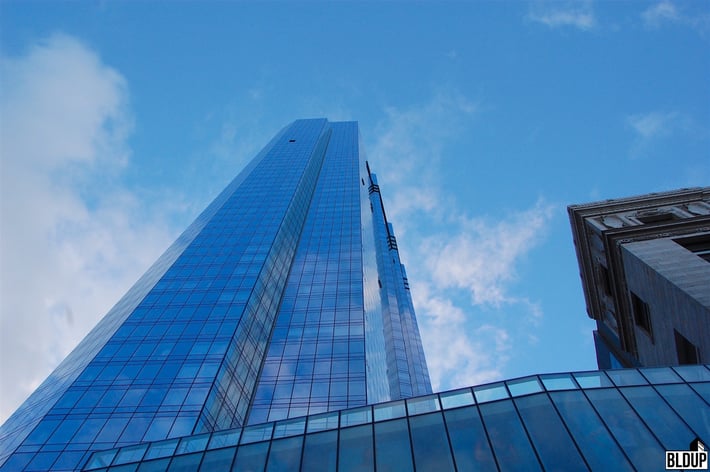 Vidaris with Handel Architects and the Hudson Companies team members at the celebration. 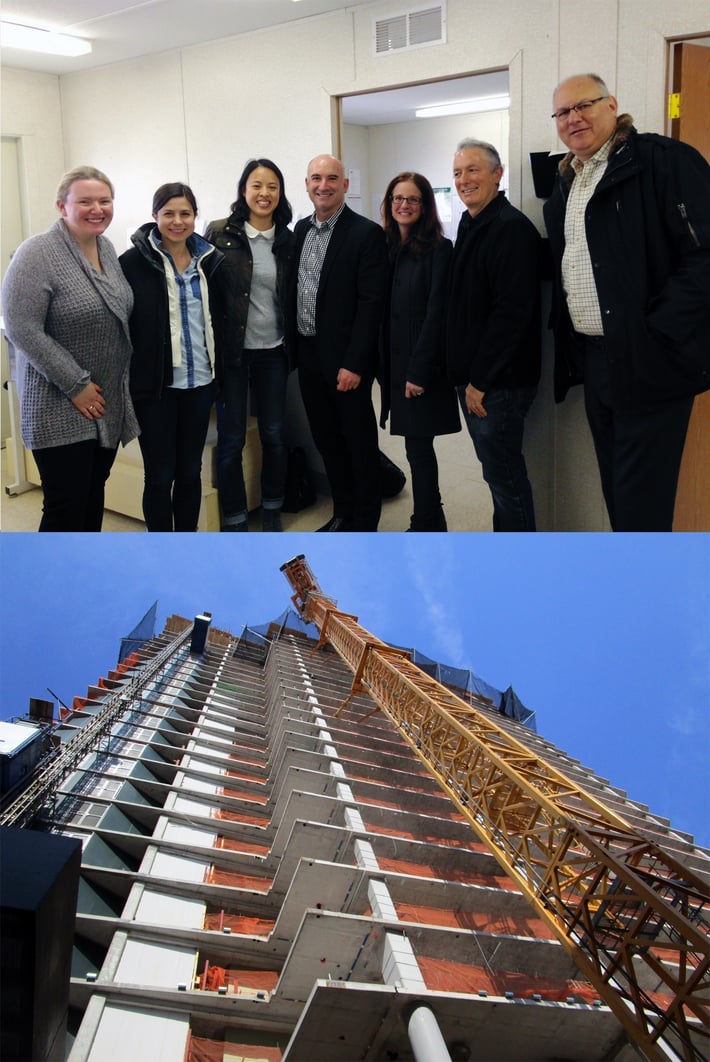 What does Passive House mean? - From Curbed.

For one, passive house buildings use about 60-70 percent less energy than typical building stock and have surpassed environmentally conscious standards set by LEED and NYSERDA. At Cornell Tech’s residential building, there are several factors that will make this come to life. The facade is built from a prefabricated metal panel system that acts as a thermally insulated blanket that wraps the entire building. The structure will operate with an energy recovery ventilation system that brings in fresh air and takes out stale air.

10.  5 Beekman reopens as a Luxury Hotel

The landmarked Temple Court Building and Annex was built in 1880, operated as an office building (check out before photos) and re-opened in Febuary as a 200+ room hotel.

The inside atrium became an instagram sensation with its classic ironwork. 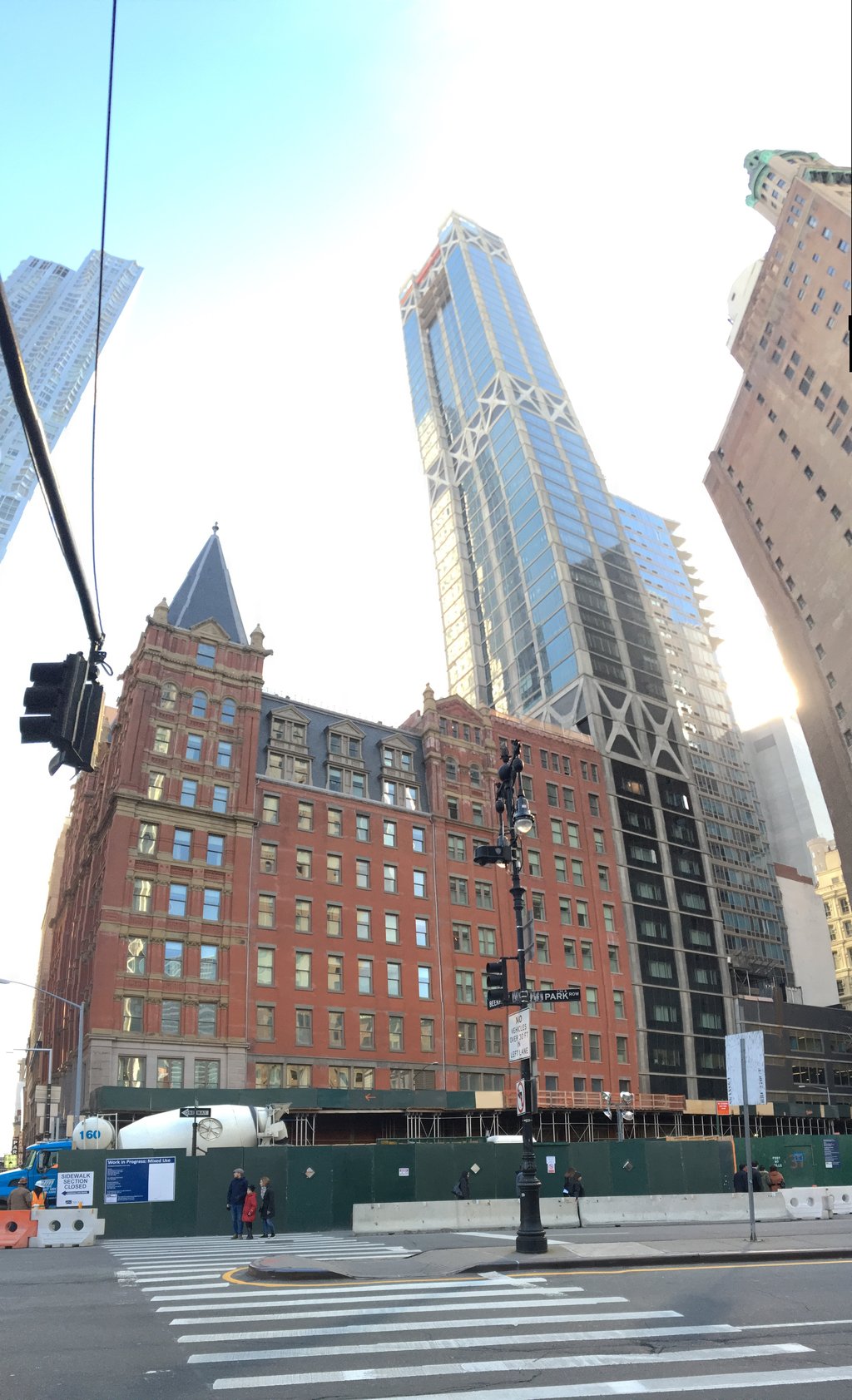 The building will be known as Court Square City View Tower and construction is expected to start in 2017.

From United Construction and Development:

Located at the most highly desirable neighborhoods in Long Island City, the site provides unprecedented convenience for its occupants. Manhattan is less than five minutes away by subway or by car. It is surrounded by a vibrant dining scene with some of New York’s most innovative eateries and taverns, lush riverfront parks with playgrounds, fishing piers, and running paths, notable art galleries and studios, including MoMA PS1 and Sculpture Center, and close to the 7, E, G and M subway lines; 5 minutes to Midtown Manhattan, and Easy access to the LIRR and the East River Ferry.

It will contain 660 luxury residential units and 100,000 square feet of commercial spaces. It’s a 78-story high rise with total square feet of 969,000. The architect firm is Goldstein, Hill & West Architects.

In January, 300 Ashland topped out and since then, the facade has been completed and the building has opened. The 35-story tower includes a roof terrace with sun-deck, parking garage, bike room and resident lounge, along with cultural programming and space at the base level from iconic Brooklyn institutions. All this just steps away from 11 different subway lines,"this building is truly unlike anything, in the middle of everything." 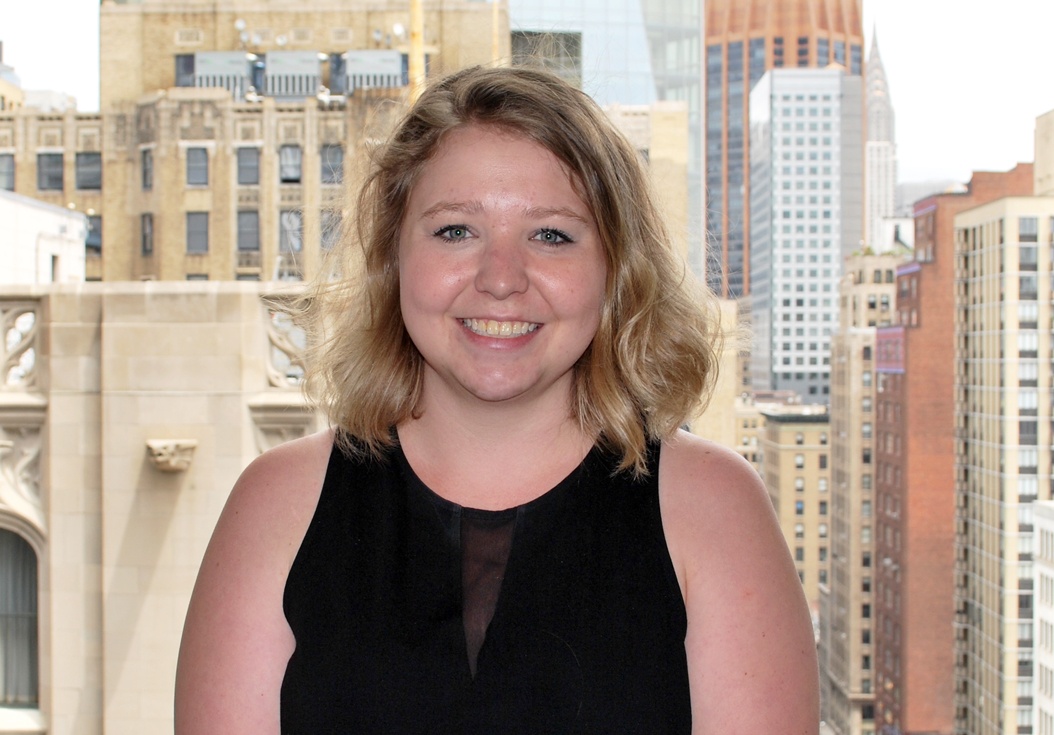